What I Have Been Making Lately


Many of you have inquired as to what I've been up to the last month or so. I have been taking a computer break to work on some guitars and stuff.


Here is
THE TWO BIT RASCAL
This is a slide played, electric, 3 string blues guitar. It was made from a cigar box and some other recycled junk. I tried to give it some Art Deco, 1930's retro, depression era styling.
It's called "The Two Bit Rascal" because it is the colors of our cat, Rascal, and there is a 1930 Standing Liberty quarter inlaid in the headstock. 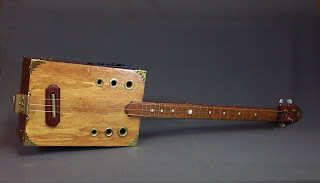 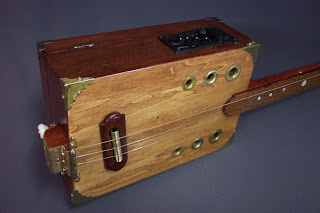 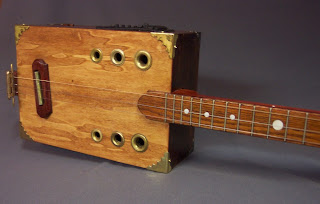 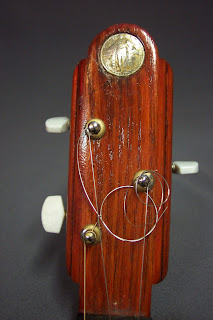 ZANE'S DRAGON
This is an electric, Cigar box guitar that my wife and I built for one of our Grandsons 13th birthday. it is played with a slide. The only actual guitar parts used in it's construction are the tuners and strings. 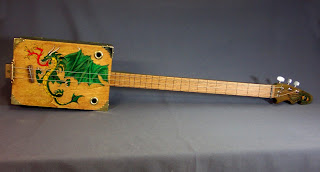 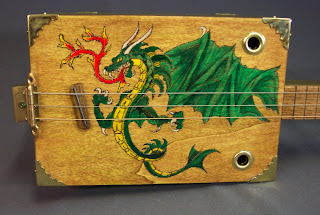 My wife ,Cathy, made the Dragon . The wings spell out his name. The dragon was burned into the wood then painted with acrylics. 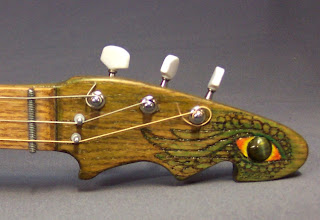 The Headstock features a Dragons eye that has a inlaid piece of Tiger Eye.

This is a dulcimer type instrument made from an old copper tea kettle. Since it is a tea kettle I thought it would be nice if it had a U.K connection so I named her "Miss Moneypenny". I found the 1944 penny and inlaid it in the fret board.  She rings nice and bright. 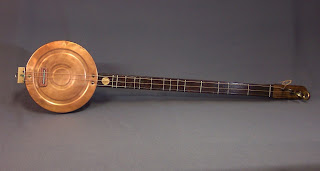 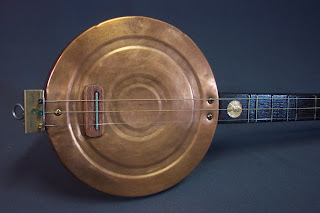 She's made from an old teakettle and assorted junk.The kettle was black and fuzzy with grime when i found it. An all night bath in vinegar and salt water brightened her up. 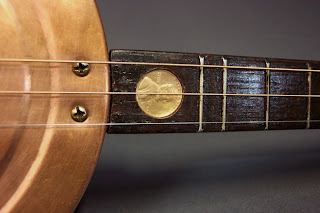 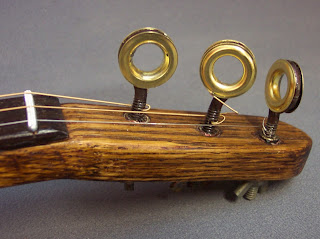 Tuners are eyebolts dressed up with some gromets. 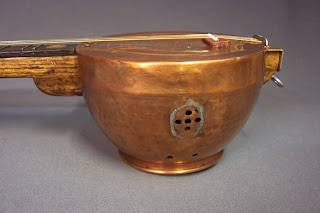 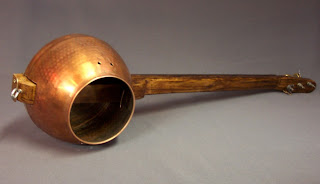 Posted by Wildmud at 9:42 PM No comments: Links to this post